March 26, 2021
by suzanne
Comments Off on Taking Pause

When my spouse and I started on this journey in May 2018 to buy a former car dealership in rural Pennsylvania, never in my wildest dreams could I imagine moving away from this work.

Yet, here I am — contemplating how we don’t always get shown the whole picture.

This building in Appalachia will house an espresso shop in May and, if all goes well, a gallery by the end of summer. There are other plans afoot too early in the planning stages to be mentioned in detail.

I am beyond grateful for everyone I’ve worked with over the past decade. It took five years of training to have the confidence to do this work. And without going out on my own, this current life would not have been possible.

If you are here for the first time, I am not taking new clients. I will, however, be writing in the coming months specifically about how to connect with your spirit baby.  If there are other topics you are interested in, let me know via the contact page.

If you have been a client, email me. I’m always happy to work with you.

September 25, 2020
by suzanne
Comments Off on Update

Hello from the mountains of Appalachia!

It has been quite sometime since I last updated this website. Suffice to say, the past year has been weird — as it has for everyone else on the planet.

In case you have been meaning to book a session, I am seeing clients via phone, Zoom, or FaceTime from all over the world. The internet was hooked up while I was working in the Black Rock Desert last year.

I had a session with my astrologer two weeks ago to gain a better understanding of the energies at play. And according to her, I’m very psychic right now. 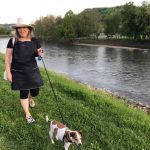 May 14, 2019
by suzanne
Comments Off on Relocation: Seattle to Confluence Pennsylvania

We are settling into our new home, a 12000 sq ft warehouse with an apartment on the top floor. We’ve been cleaning and unpacking and just started painting for the past 2 1/2 weeks after a very sedentary 40 day roadtrip cross country.

I am currently booking clients in the US or with US phone numbers. Comcast promises the high speed internet will arrive June 16th. 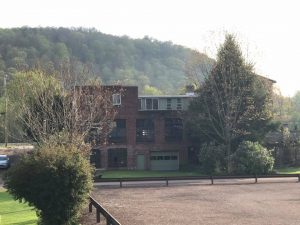 December 20, 2018
by suzanne
Comments Off on Winter Solstice: Suspension of Time

Last Winter Solstice, I spoke at the Souldust Winter Solstice Celebration. This community holds a special place in my heart. And this was a lovely event where we made wreaths and commemorated this special day.

Pope and I are not doing a tree this year… and he totally poo-pooed my want of matching holiday pjs. I was able to bring some greenery indoors today — cedar, long needle pice, and doug fir — found at my local grocery.

A friend called this morning asking if I had time to meet her briefly — we were originally going to get together today. But she had a lot going on — like client visits and moving into her new home so we put it off until after the new year. Around 11am she called to see if I had time as she was going to be driving by my apartment anyway. I said come over.

Now, I was still in my pajamas. We’ve been home two weeks from Europe. My computer for my Burning Man job is out because of reports needed over the last two days, a bag full of products form a night market I did last Friday. In short, our apartment is currently a clutter monster. To the point that my partner has been complaining about it and all I’m trying to do is get a couple of more things in the mail.

So. Just a little anxiety. I still feel it now in my body. As I’m about to show this dear person of whom we each refer to as sister-wife my disaster of a home for the first time.

I was showing her the madness behind the facade. My dark place. My underbelly. My shame.

In essence, A light in the darkness.

And nothing that I was freaked out about mattered. Because, love.

WINTER SOLSTICE
This, my friends, is 2017’s shortest day. Winter Solstice also referred to as Midwinter, Yule, the Longest Night occurred at 8:26am PT this morning. The point at which the North Pole is tilted the furthest away from the Sun — 23.5 degrees.

A couple of minutes later the Sun entered Capricorn, an earth sign it grounds us into winter after 30 days of fiery Sagittarius.

As long ago as Neolithic (10,200BC-2300BC) times and into the Bronze (2000BC)-age, our ancestors were marking the Winter Solstice — this can be seen at Newgrange in Ireland just outside Dublin and Stonehenge in England.

Newgrange (3200 BC/Neolithic) is constructed so that the transom window above the door is aligned with the Winter Solstice sunrise — the rising sun hits the back wall of the structure.

Stonehenge continues to be studied given its alignment with the summer and winter solstice sunrises and sunsets. Parts of this structure are 5000 years old.

Scandinavian and Germanic people of northern Europe celebrated a twelve-day “midwinter” holiday called Yule — many modern Christmas traditions, such as the Christmas tree, the Christmas wreath, the Yule log, Mistletoe are direct descendents of these traditions.

The holiday is believed to center around the idea of ‘reawakening nature’ as January-March was a time of famine until the 1600s. This was a time of feasting as most cattle were slaughtered so they would not need to be fed during the winter months. Drinking ale. Merrymaking.

BRINGING PLANTS INDOORS
Conifers — plants and trees that remained green all year — had a special meaning and offered hope throughout the darkest time of year.

A tree that never dies is a tree of life.

There is a history of bringing green plants indoors during this time of year not only in Northern Europe but also in Egypt and Rome. Egyptians would bring in palm fronds in honor of RA to celebrate the triumph over death. Romans decorated their homes and temples with evergreen boughs for the feast of Saturnalia — as did the Druids/Celts, a symbol of everlasting life.

Sage, Rosemary, and Thyme as culinary herbs and as tea, along with Rose Hips.

Thyme is anti-viral and used in relation to Epstein Barr, shingles, hepatitis, eases headaches and muscle tension, soothes coughs (especially with a bit of honey), relieves fevers, colds, and infections.

Rosehips are packed with Vitamin C, heal and open the heart energetically and boosts the immune system.

This quote from Anam Cara by John O’Donohue has been on my mind in Solstices past and again these past few weeks. From the chapter on solitude, he talks about trees in relation to the solitude and depth of the soul:

“Each tree grows in two directions at once, into the darkness and out to the light, with as many branches and roots as it needs to embody its wild desires.”

So on this darkest of days, ground into your dark and your light — your shadow and your shine. No one is just one thing. We are made up of everything along the spectrum from the darkest dark to the lightest light. Just as the tree grows its roots into the darkness during the dark time of the year as well as grows towards the light during the lightest time.

Focus on what type of self-care gives you comfort. For me that’s our sofa and our “room mate” as my partner has named my twin down comforter from college. Its the place I miss most while we are trailer living in the desert for two months every summer. And the very place that I entertained my sister wife this morning amongst my mess. 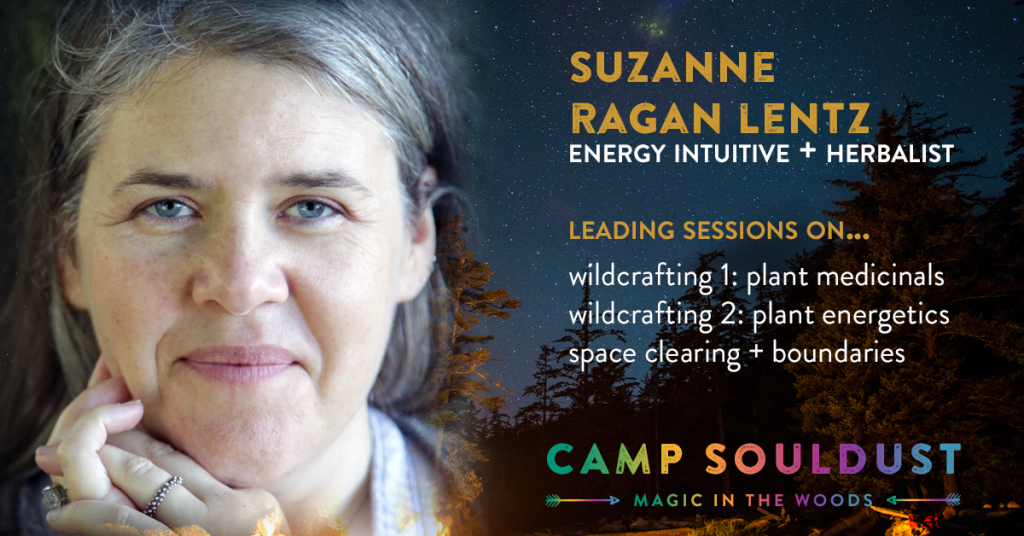 After spending 53 days in the Black Rock Desert, I’m back in Seattle and ready to dig back into work. While going through my deliquent email, I was bowled over by this graphic Souldust created while I was in the desert.

Camp Souldust’s Autumn Edition is less than a month away at the magical YMCA camp, Camp Collins, in Gresham Oregon. There are Hobbit cabins complete with a round doors!

Join me, and the other amazing guides, in the forest to set down your worries, dig your toes into the dirt, and release your magic into the world.

This is my fourth camp experience with Souldust. Each experience has been soul and heart centered. All of us learning, no matter our role.

Use the promo code CAMPLOVE to receive a $50 discount.

See you in the woods!

I am an energy intuitive, Reiki Master, and spirit baby whisperer. My clients refer to me as an energy therapist or coach and all speak of how much better they sleep, feel, and look after a session.